My last Mario game was Super Mario 64. I've been out of it for a while. And I had never played a Paper Mario before, because in my mind these were less "grown-up" Mario games.

I'm glad that for the week off around my birthday this year I bought Paper Mario - Origami King.

I didn't quite manage to complete it during my break, but it got me sufficiently hooked that I find myself 3-4 weeks later having completed the game, and the map objectives to 100%.

I think how it got to me was the sublime blend of puns, in-jokes, and multi-layered narrative. As a matter of fact, I think the only reason I went semi-completionist on the map was the joy of re-visiting all the locations after I had already completed the game to marvel at the construction of the game itself.

The conceit of the story is fantasitc -- everything in the game is meant to be flat paper, but during the lead-up to an Origami festival, something goes wrong, and a whole bunch of Mario-landers get creased and folded into 3D versions of themselves. There is even a classic-horror-style lab scene where you only see the shadow-play of the folding in progress; such tasty visual style!

The fighting system is a bit of a weird mix of puzzle-and-timed-jump, but wasn't particularly hard to master sufficiently to make it through the game. I didn't really care for it. And especially once I had the game completed and was revisiting the locations to marvel and complete some collections, it started to feel really tedious to have to bother with the fights.

But the wonder of discovery in this (literally) paper-crafted world more than made up for the tedium of the battles. The story is great.

And the musical theatre...

...the game doesn't let any opportunity for a musical number go to waste. And it's a bit cheesy at times, but executed so unabashedly sincerely in-context that it's hard not to just grin at them as they go past.

I'll miss some of these characters and locations now that it's all over and done with. But I'll have to take the next Paper Mario that comes out more seriously than I took this one on its face. 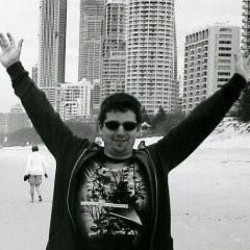